Streaming is the 21st century way to watch TV. Most of us have one or more streaming video subscriptions to services like:  Spotify, Prime, Roku, Netflix, Hulu, Disney+ HBO-Max, CBS All-Access, etc. Some even have replaced their broadcast/cable TV with Sling, Youtube-TV or HULU Plus.  But what happens when you want to take it with you on an extended trip overseas?

It's easy to just pack up the Roku stick, the Amazon Firestick, or the AppleTV and take it with you when you travel around the USA. All your subscriptions continue to work as long as you have WiFi access where ever you are. Staying at a hotel, B&B, VRBO or Airbnb? Just plug the stick into any HDMI port on the back of the TV and you're in business.  But is it so easy overseas? 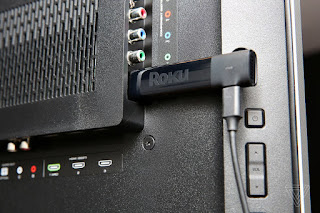 When you go overseas, things are different. Because video content licensing terms are so complex, the streaming services don't always purchase rights for their content for overseas markets. Some do and some don't.  But what is certain, is that they are set up to detect what country you're streaming from.  And if it's not part of their licensing scheme, it's not going to work. (At least not so easily, but we'll get into that a bit later...)

Here's what I found was working and not working so far:

Netflix:  YES, it works in UK!  However, it recognizes UK and offers up some of the same content, and  some different content. Some content is going to be missing from your menu, but other content will be added. We found a number of our favorite (British) shows were missing like Great British Baking Show. This is frustrating if you are in the middle of a season.  But on the plus side, we found that the new Star Trek Discovery was showing on Netflix UK, but in the US, you'll need a separate subscription to CBS All Access to see it. Other shows are in both places simultaneously, including most (all?) of the Netflix original series like The Crown. Which was released on the same day in UK as it was in the USA. 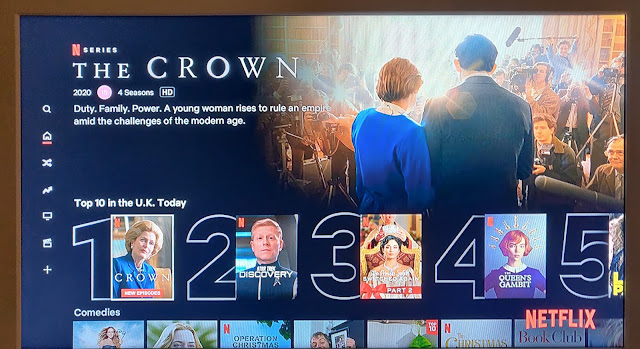 Hulu, Hulu-Plus:  No, Hulu is not going to work at all in the UK.  They don't even try to change the catalog or provide an alternate catalog, it just refuses to work.

Disney+: YES! You we could watch the new season of The Mandalorian and other Disney shows. 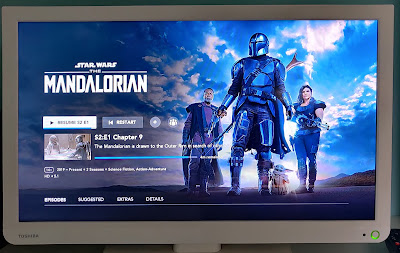 Prime Video:  Mixed. Like Netflix, the service is still working but the catalog has changed. The problem, is you can still select all the programs you can't get, and they come up with a pay-wall screen, asking you to pay separately for something you already had in the subscription. It seems like most or all of the Amazon Prime Original content is still available, but little else.  It's a mess. Sometimes they suggest you need to subscribe to other add-on services but we found that add-ons like BritBox (which we had working in the USA) also don't work at all in UK. 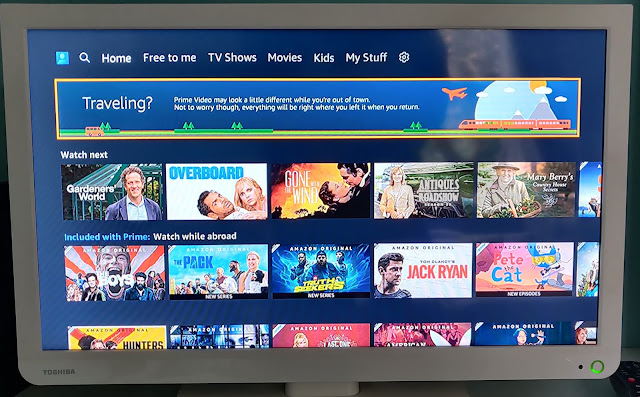 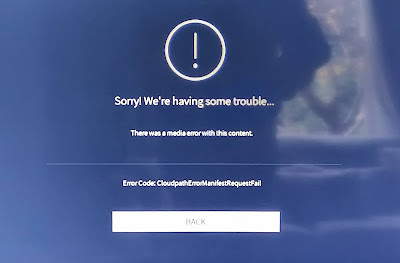 But what about a VPN work-around?  Yes, you can do some internet trickery and fool these services into thinking you are still in the USA by using a VPN. Many of these premium VPN services advertise how fast they are and that they are suitable for video streaming.  For the most part, this VPN-hack will allow you to watch all your subscription TV services, but only from your PC, tablet or phone. And not necessarily with the same success with every VPN or service.  Here's an article about that.  But watching them on the big-screen means getting them to work from your Smart-TV, or streaming-stick, which is going to be more difficult. Not necessarily impossible, but you better comfortable with setting up proxies and getting into the set-up menus to make some changes that may not be available on all brands or boxes. Here's an article on setting it up a VPN on your router.